Constitution and Citizenship Day commemorates the signing of the U.S. Constitution on September 17, 1787, and celebrates naturalized U.S. citizens. According to the Library of Congress, the day originally was designated to recognize all who had attained American citizenship. First called “I am an American Day” in 1940, it was celebrated on the third Sunday in May, but was moved to September 17 in 1952. In 2004, Congress changed the designation to “Constitution and Citizenship Day.” 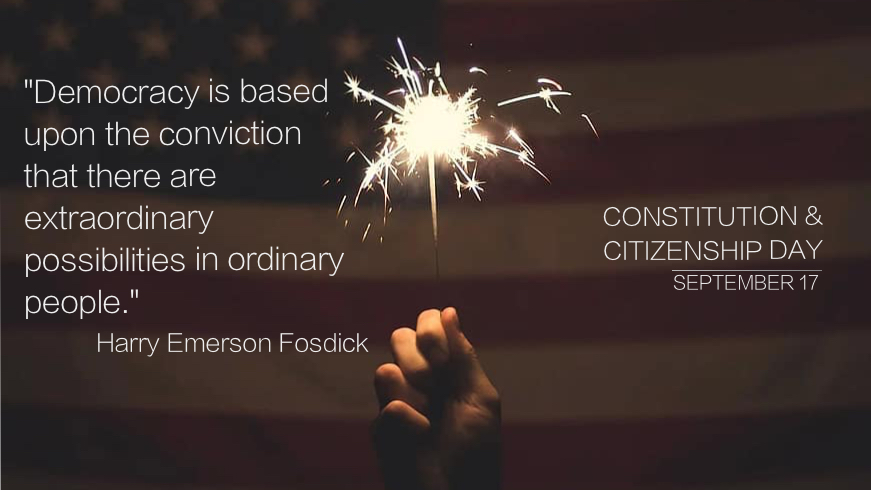 The Constitution of the United States: A Transcription (National Archives)

Documents from the Continental Congress and the Constitutional Convention, 1774 to 1789 (Library of Congress)

Learn About the Civics and Citizenship Toolkit (U.S. Citizenship and Immigration Services)

Learn About Life in the U.S. (USA.gov)

Settling in the U.S. (U.S. Citizenship and Immigration Services)